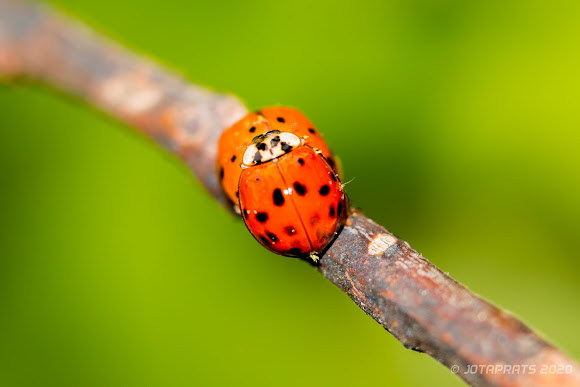 The multicolored Asian lady beetle looks very similar to other lady beetles but is generally larger, about 1/3-inch long. This beetle typically has 19 black spots which can vary in appearance from well-defined to no more than faint traces on its wing covers, this specimens seems to have almost 16in with a black 'M'-shaped marking behind its head.

Spotted at Central Park - New York. It is native to eastern Asia, but has been artificially introduced to North America and Europe to control aphids and scale insects.