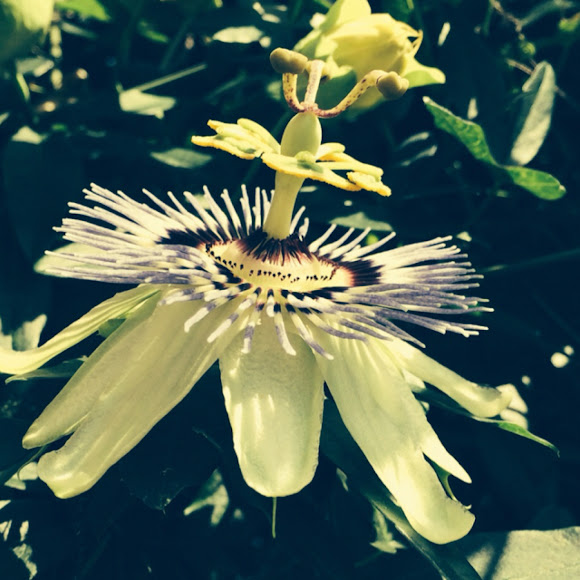 Passiflora, known also as the passion flowers or passion vines, is a genus of about 500 species of flowering plants, the namesakes of the family Passifloraceae. They are mostly vines, with some being shrubs, and a few species being herbaceous. For information about the fruit of the passiflora plant, see passionfruit. The monotypic genus Hollrungia seems to be inseparable from Passiflora, but further study is needed.

Nine species of Passiflora are native to the USA, found from Ohio to the north, west to California and south to the Florida Keys. Most other species are found in South America, Eastern Asia, and Southern Asia, New Guinea, four or more species in Australia and a single endemic species in New Zealand. New species continue to be identified: for example, P. pardifolia and P. xishuangbannaensis have only been known to the scientific community since 2006 and 2005, respectively.

The "Passion" in "passion flower" refers to the passion of Jesus in Christian theology. In the 15th and 16th centuries, Spanish Christian missionaries adopted the unique physical structures of this plant, particularly the numbers of its various flower parts, as symbols of the last days of Jesus and especially his crucifixion.