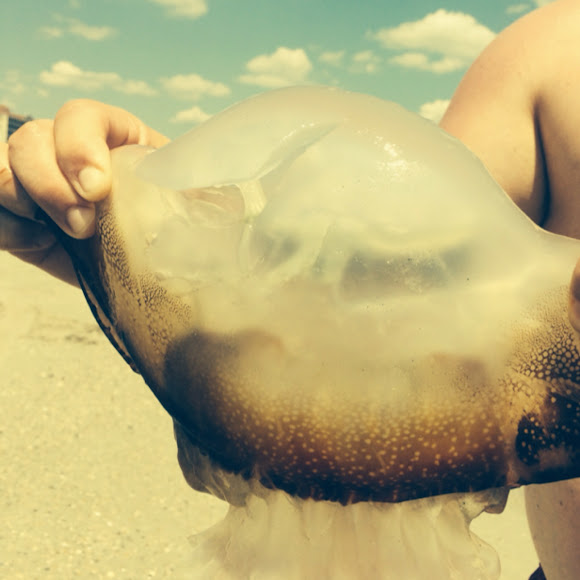 Its common name derives from its similarity to a cannonball in shape and size. Its dome-shaped bell can reach 25 cm (10 inches) in diameter and the rim is sometimes colored with brown pigment.

Cannonballs live in warm, estuarian waters, with an average temperature of 23.1 °C (73.6 °F) and average salinities of 33.8 ppt (parts per thousand). They have been found in the northwest and east-central Pacific Ocean (South China Sea to Sea of Japan, and California to Ecuador) and the mid-west Atlantic Ocean (New England to Brazil). They are common on the southeastern coast of the United States, including the Gulf Coast. On the southeast coast they are extremely abundant in the fall and summer months. During these months, cannonballs make up over 16% of the biomass in the shallow inshore areas.

When disrupted the cannonball secretes a mucus out of its nematocyst that contains a toxin. The toxin harms small fish in the immediate area, and drives away most predators, except for certain types of crabs. Although cannonballs do not commonly sting humans, it still has toxins which can cause cardiac problems in animals and humans. The toxin causes irregular heart rhythms and problems in the myocardial conduction pathways. Such complications are associated also with toxins of other cnidaria. The toxin is also harmful to the eyes, when the nematocyst comes in contact with eyes it is very painful and is followed with redness and swelling.