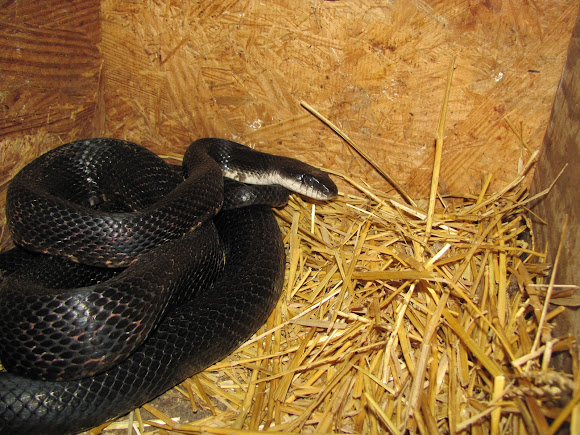 3 & 1/2' long snake black with red and yellow markings on white belly. Eyes were cloudy, I think it was getting ready to shed.

found in my chicken coop, in the last box. Snake did not try to bite when I removed it from the coop, but was dead set against leaving the area. I put it at the edge of the woods, but it kept trying to go back in the direction of the coop. snake got angry at me and started to rattle its tail in the leaves and coiled up to strike. it opened it mouth several times before it started to actually strike. Well, in the end I gave up and left it alone. Hopefully it will leave.