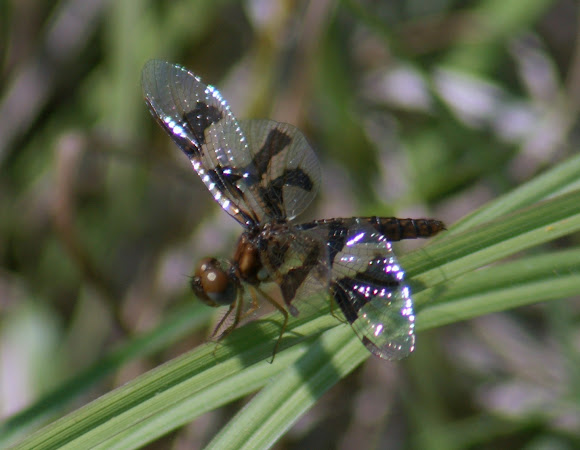 The Eastern Amberwing (Perithemis tenera) is a species of dragonfly in family Libellulidae. It is very small, reaching a total length of no more than 25 mm. The males have orange or amber wings. Females (like this spotting) have wings that are covered in brown spots, unlike the male, whose wings are entirely amber. Both genders have a red pterostigma.

Range is the Eastern 2/3rds of the United States; range continues into Mexico. Habitat is ponds, lakes, occasionally the still areas of streams.This one was photographed at the stork ponds at the Silver Bluff Audubon Center near Jackson (Aiken County), SC.