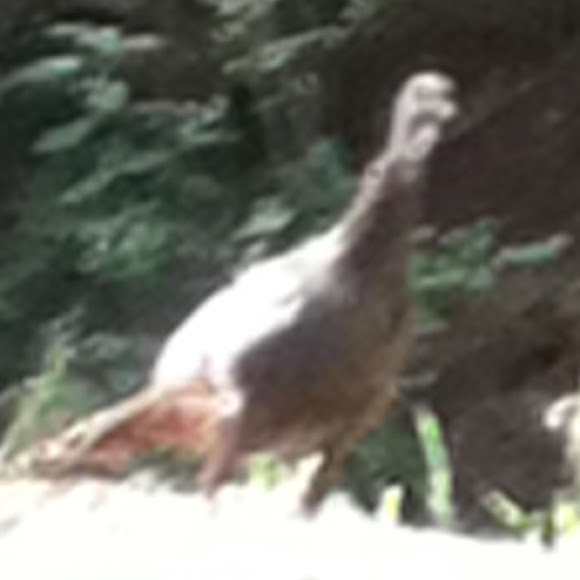 When I saw it from a distance I thought it was a buzzard or a colorless turkey; however, as I began to wait for it to walk closer to me, it began to look more and more like a straight-up, giant, black chicken without any red flubber on its beak. The moment it noticed me it made a really loud, obnoxious noise, and it started running. At that moment, I began to drive after it for pictures. It ran in SUCH a hilarious manner. It ran just like a chicken, running for its life. Only it didn't flap its wings but it darted into a forest opening and started running deep into the forest.

Forests, in the opening. Not too deep inside.

They are hilarious, little creatures. ( ^ω^ )

never hurting them, i never in any way sneak up on them.

it also depends on the bird if it is used to people they tend to be much more friendly.

Why would you chase this bird?

If you approach wildlife and they begin to retreat or become vocal, they are likely feeling threatened.

You should keep a distance that does not disturb them.

i love chasing them they are soo funny.