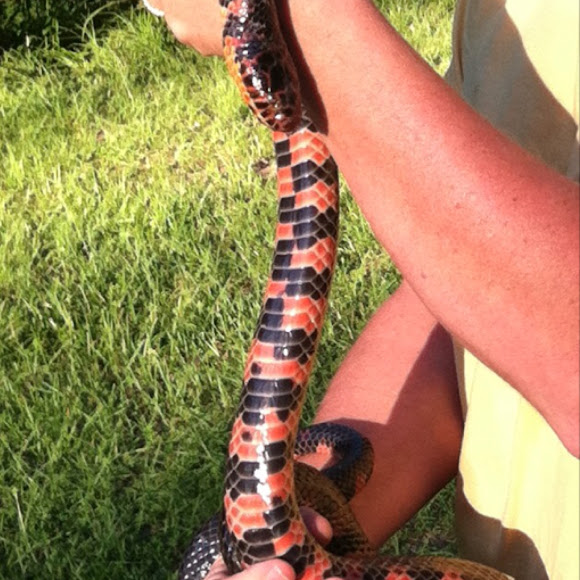 This individual was about 5 feet long, a female. Found on the side of a dirt road between two water-filled ditches. She had severe dermatitis on her head and face, and both eyes were gone from the infection. She was well nourished in spite of this apparently longstanding problem, which makes me wonder how much they need eyes to hunt for their prey in murky swamp water