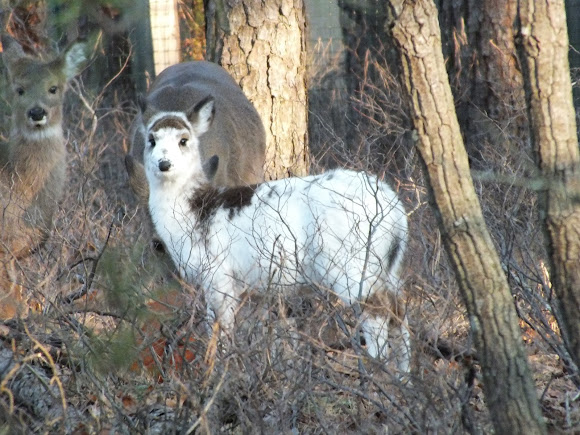 The white-tailed deer (Odocoileus virginianus), also known as the Virginia deer or simply as the whitetail, is a medium-sized deer native to the United States, Canada, Mexico, Central America, and South America as far south as Peru. It has also been introduced to New Zealand and some countries in Europe, such as Finland, Czech Republic, and Serbia. In the Americas, it is the most widely distributed wild ungulate. In North America, the species is widely distributed east of the Rocky Mountains, but elsewhere, it is mostly replaced by the black-tailed or mule deer (Odocoileus hemionus). In western North America, it is found in aspen parklands and deciduous river bottomlands within the central and northern Great Plains, and in mixed deciduous riparian corridors, river valley bottomlands, and lower foothills of the northern Rocky Mountain regions from South Dakota and Wyoming to southeastern British Columbia, including the Montana Valley and Foothill grasslands.

Same thing me and my brother said on our first encounter. Thanks.

Looks more like a llama than a deer. Nice spot.