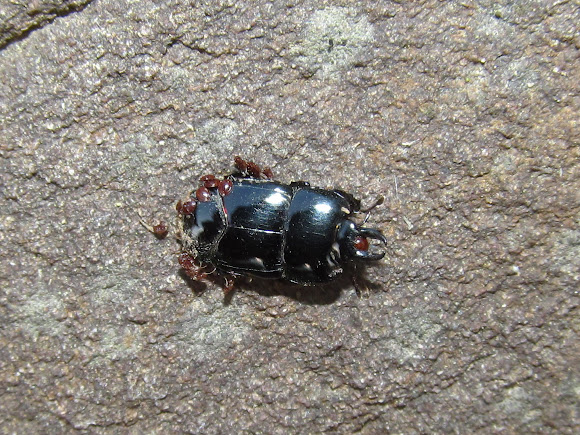 A flat beetle with an overall rectangular body, small pinchers, and a ton of mites on its back end is most likely a Clown Beetle in the family Histeridae. The species Hololepta lucida is characterized by a ridge just inside the elytra. The origin of the name Clown Beetle is not well known, although the Latin word for actor, "histrio" is most likely related to the family name, Histeridae. Some think Histeridae originates from the use of "hister" by Juvenal, meaning low, or dirty. Others think Histeridae refers to the appearance of the flattened legs of these beetles which resemble the baggy pants worn by preformers.

Flying around the lawn.

Lifer! I first thought this was a species of Stag Beetle, Lucanidae.