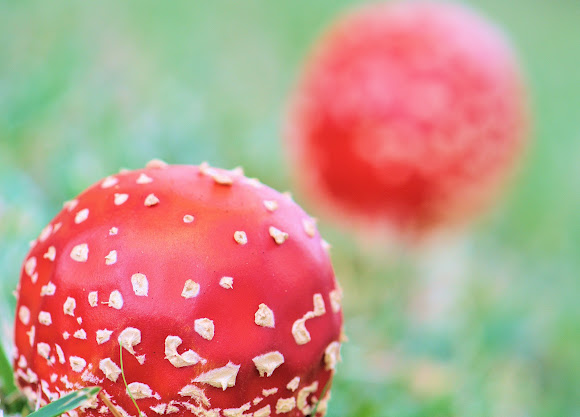 100mm H - 60mm diameter. Is a poisonous and psychoactive basidiomycete fungus. Amanita muscaria is noted for its hallucinogenic properties, with its main psychoactive constituent being the compound muscimol.

Fungi are not often thought of as weeds, but Amanita Muscaria is a fungal weed in Australia. It is usually found in early winter under pine trees (an introduced species) but more and more sightings are being reported of Amanita muscaria growing under native trees.