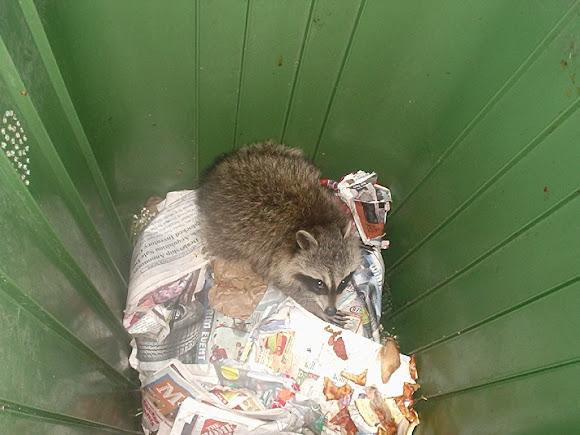 Much less in Northwestern Ontario than southern parts of the province; mainly in the more temperate southern regions of the district; in wooded areas near waterways; will sometimes take up residence in building structures with convenient entry points.

The raccoon is a very adaptable mammal and is widespread throughout the United States and southernmost regions of Canada. Its successful spreading into the boreal forest has been limited only by its inability to tolerate colder winters. However, where it has thrived, it has been through its adaptability and clever nature. Raccoons like to "wash" their food before eating. It is a way of feeling for inedible matter which they then discard.

Lol it's in your green bin.