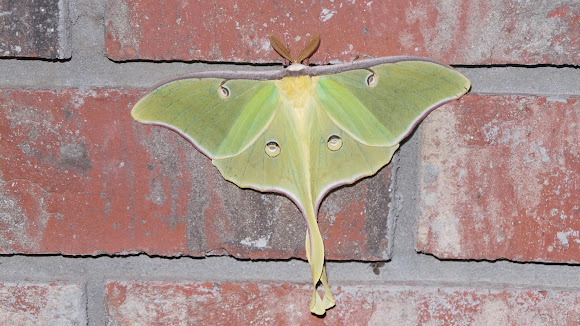 The luna moth is an easily distinguishable species with long sweeping hindwing tails and varying in color from yellowish green to pale bluish green (Carter, 1992). Both sexes are similar in size, but males have a more strongly feathered antennae (Tuskes et al., 1996; Carter, 1992). The wingspan ranges from 80mm -115mm (Carter, 1992). This species also exhibits both polyphenism and regional phenotypic variation (Tuskes et al., 1996). In its early stages the luna moth is a green caterpillar that has hair, spiny tubercles, and a yellow stripe on each side