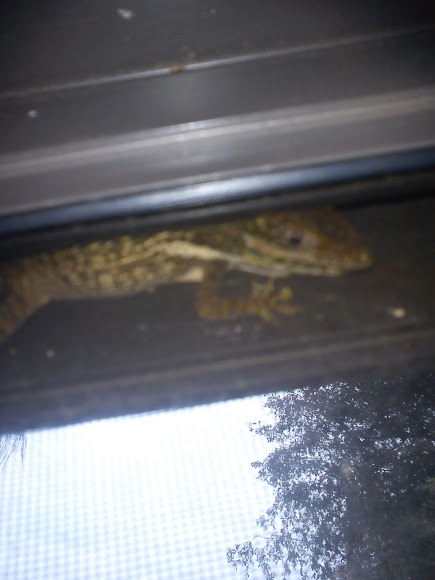 The night anole is a reptile that is Native to Cuba and is now widely popular in Florida. The night anole has the same diet as a regular lizard which is mainly bugs and worms. They have a slightly strong bite so don't provoke if you want to have all of your fingers. They are very territorial reptiles. It will face almost any intruder that coems into it's territory. It will not be as aggresive as it would be in captivity. This animal lays eggs not live birth.

Places near the equator like Florida. Mainly wet foresty areas. They will make their territory up in a big shady tree.

I found this little guy stuck in the screen of my sliding glass door.

did you find tis in florida? the location should show actually where the photo was taken, not where they are native to.

Sorry I made a typing mistake in stead of continents I mean places as in Florida.
And the lizard got stuck in the screen part of the sliding door.

how did it get in ur slideing door