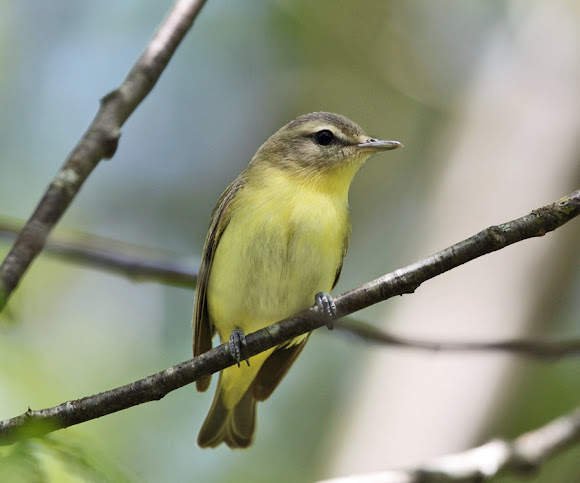 A bird of young deciduous woods, the Philadelphia Vireo is the most northernly breeding species of vireo. It is often overlooked because its more common relative, the Red-eyed Vireo lives in the same areas and gets most of the attention.