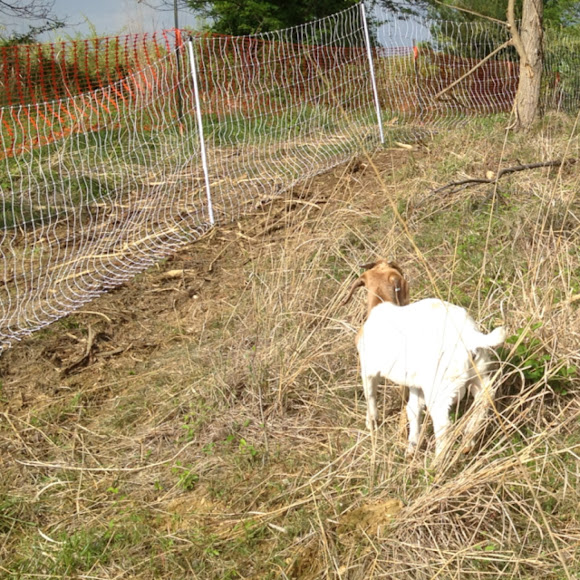 The domestic goat (Capra aegagrus hircus) is a subspecies of goat domesticated from the wild goat of southwest Asia and Eastern Europe. The goat is a member of the family Bovidae and is closely related to the sheep as both are in the goat-antelope subfamily Caprinae. There are over 300 distinct breeds of goat.[1] Goats are one of the oldest domesticated species, and have been used for their milk, meat, hair, and skins over much of the world.[2] In the 20th century, they have gained popularity as pets.[3][not in citation given] Female goats are referred to as "does" or "nannies", intact males as "bucks" or "billies", and their offspring are "kids". Castrated males are "wethers". Goat meat from younger animals is called "kid" or cabrito (Spanish), and from older animals is simply known as "goat" or sometimes called chevon (French), or in some areas "mutton" (which more often refers to adult sheep meat).

US Naval Academy is using them for habit restoration .