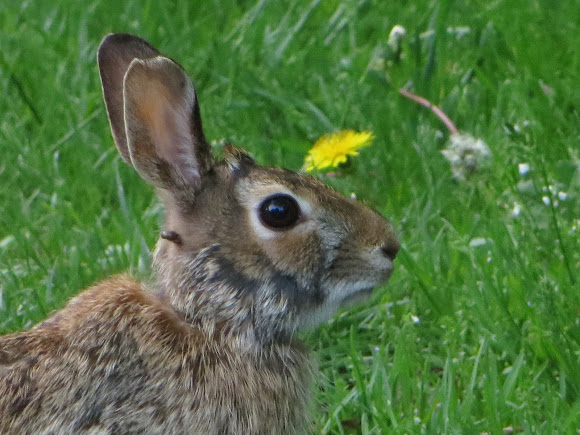 The eastern cottontail can be found in meadows and shrubby areas in the eastern and south-central United States, southern Canada, eastern Mexico, Central America and northernmost South America. It is abundant in Midwest North America, and has been found in New Mexico and Arizona. Its range expanded north as forests were cleared by settlers. Originally, it was not found in New England, but it has been introduced there and now competes for habitat there with the native New England cottontail. It has also been introduced into parts of Oregon, Washington, and British Columbia. In the mid-1960s, the Eastern cottontail was introduced to northern Italy, where it displayed a rapid territorial expansion and increase in population density.

It seems to have a big tick on the side..poor thing! but pretty :-)