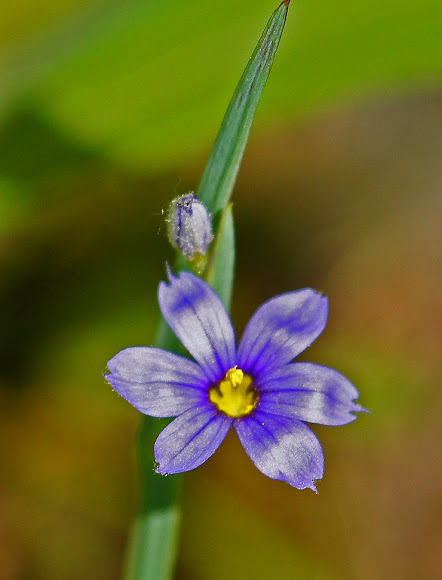 Many species, particularly the South American ones, are not blue, despite the common name. The genus includes species with blue, white, yellow, and purple petals, often with a contrasting centre. Of the species in the United States, the Western Blue-eyed Grass, Sisyrinchium bellum, is sometimes found with white flowers, while the California Golden-eyed Grass, Sisyrinchium californicum, has yellow flowers