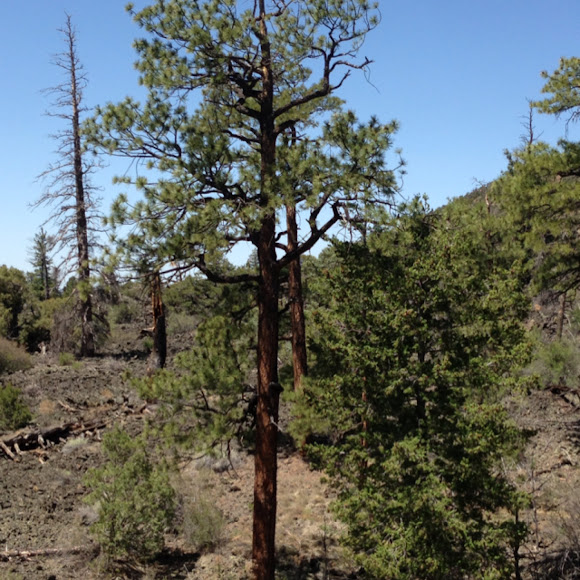 P. ponderosa is a large coniferous evergreen tree. The bark helps to distinguish it from other species. Mature individuals have cinnamon-red bark with black crevices. Younger trees have black to reddish-brown bark. The tree can often be identified by its characteristic long needles that grow in tufts of two to four (or five)[3] depending on subspecies.

This specimen is on the side of the Banderas volcano about 25 miles SW of Grants, NM.