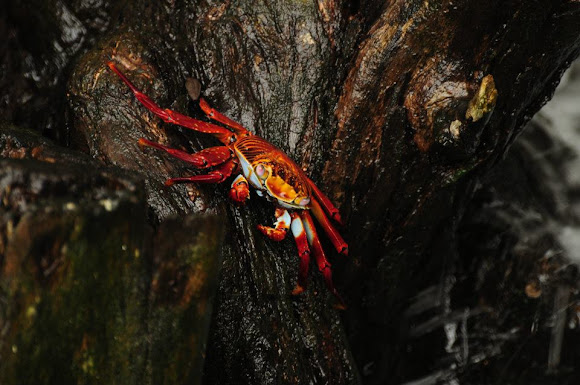 Grapsus grapsus is one of the most common crabs along the western coast of the Americas. It is known variously as, "red rock crab", "abuete negro", and along with crabs such as Percnon gibbesi as, "Sally Lightfoot". Grapsus grapsus is found along the Pacific coast of Mexico, Central America, South America (as far south as northern Peru), and on nearby islands, including the Galápagos Islands