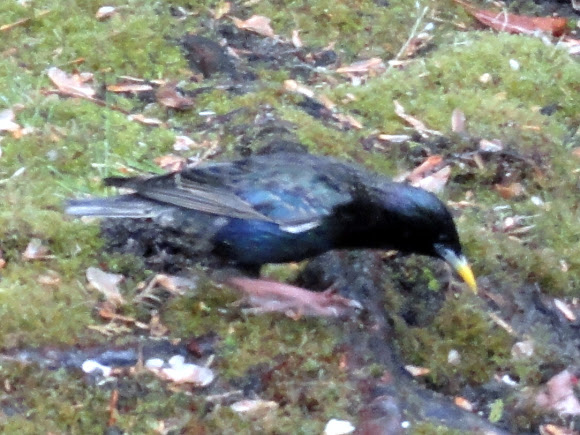 These birds are invasive in North America. Wikipedia says, "After two failed attempts,[87] about 60 Common Starlings were released in 1890 into New York's Central Park by Eugene Schieffelin. He was president of the American Acclimatization Society, which tried to introduce every bird species mentioned in the works of William Shakespeare into North America.[88][89] About the same date, the Portland Song Bird Club released 35 pairs of Common Starlings in Portland, Oregon. These birds became established but disappeared around 1902. Common Starlings reappeared in the Pacific Northwest in the mid-1940s and these birds were probably descendants of the 1890 Central Park introduction.[87] The original 60 birds have since swelled in number to 150 million, occupying an area extending from southern Canada and Alaska to Central America.[34][87]"