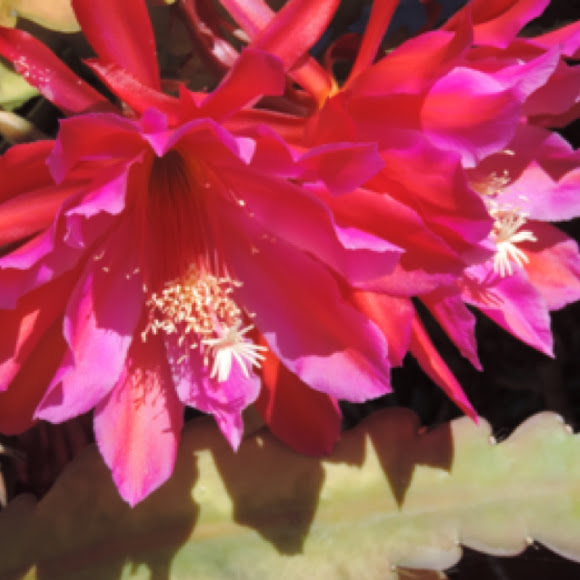 The plants known as epiphyllum hybrids, epiphyllums, epicacti or just epis, widely grown for their flowers, are artificial hybrids of species within the group of cacti placed in the Tribe Hylocereeae, particularly species of Disocactus, Pseudorhipsalis and Selenicereus. In spite of the common name, Epiphyllum species are less often involved. The parent species from which epiphyllums were bred are different in appearance and habit from most cacti. They are found in the tropical forests of Central America where they grow as climbers or on trees as epiphytes. They have leafless (or apparently leafless) flattened stems which act as the plant's photosynthetic organs. Relatively large flowers are borne on the sides of the stems; in many species they open at night.

Casa Romantica Listed on the National Register of Historic Places in 1991, Casa Romantica Cultural Center and Gardens was built by city father Ole Hanson as his family home in 1927. The grounds feature succulent gardens, original tile walkways, a small amphitheater, all kinds of nooks and crannies, and sweeping ocean views.