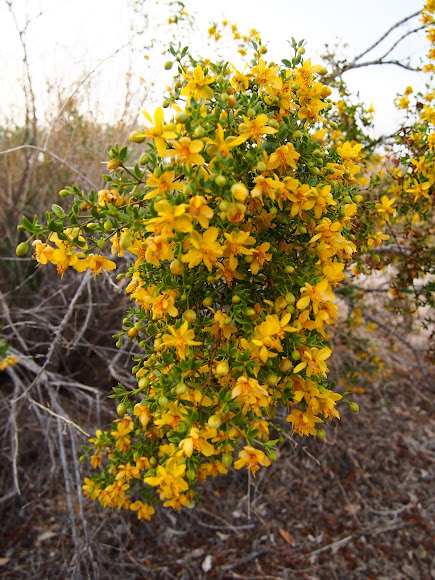 Larrea tridentata is known as creosote bush and greasewood as a plant, chaparral as a medicinal herb, and as "gobernadora" in Mexico, Spanish for "governess," due to its ability to secure more water by inhibiting the growth of nearby plants. In Sonora, it is more commonly called "hediondilla." It is a flowering plant in the family Zygophyllaceae. The species is named after Juan Antonio Hernandez de Larrea, a Spanish clergyman.