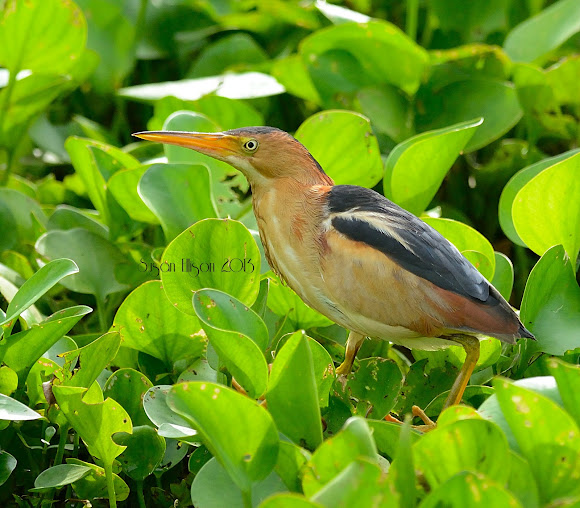 A tiny heron, furtive and surpassingly well camouflaged, the Least Bittern is one of the most difficult North American marsh birds to spot. Despite its inconspicuousness, however, the species can be rather common within appropriate habitat in its breeding range.

When alarmed, the Least Bittern freezes in place with its bill pointing up, turns its front and both eyes toward the source of alarm, and sometimes sways to resemble wind-blown marsh vegetation.