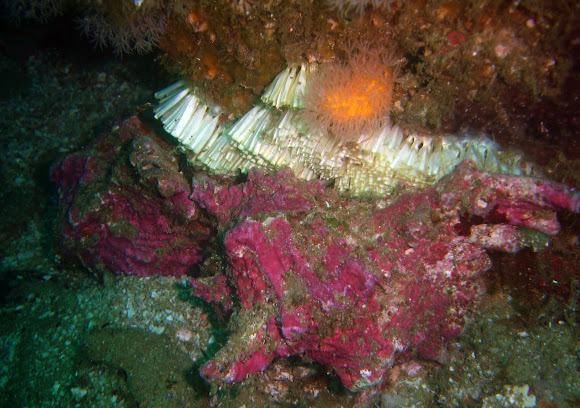 I think these are two Giant Triton Shells laying eggs Casings "Triton is the common name given in particular to a number of species of very large predatory sea snails, marine gastropod mollusks in the genus Charonia. [1]The name "triton" is also often applied as part of the common name, to much smaller sea snails of other genera within the same family, Ranellidae."