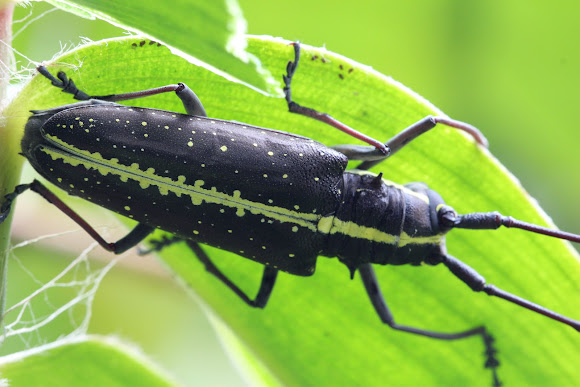 large longhorned beetle, about 1.5 in

I was on my way to Hornoyaco falls when I spotted a really cool caterpillar (which I have yet to post). The caterpillar was eating when I spotted it but when it sensed I was too close, it curled up a little. I wanted to get more shots of it fully extended so I waited and looked around the area. I ended up finding a ton of cool stuff right around it and spent nearly an hour in the area. I wish I had a shot of this beetle in my hand for scale, it really was huge!