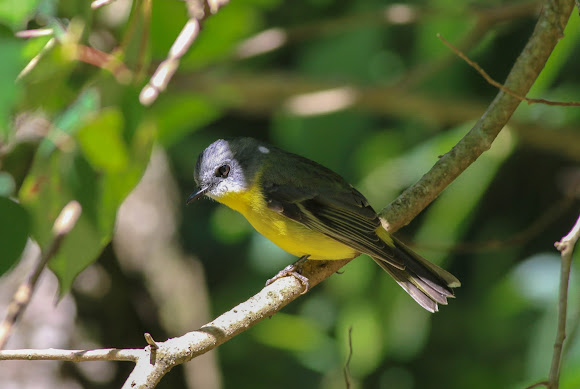 The Eastern Yellow Robin is a medium sized robin. It has a grey back and head, and yellow underparts. Southern birds have an olive-yellow rump, while in northern birds it is brighter yellow. The throat is off-white and, in flight, there is a pale off-white wing bar. The bill is black. Both sexes are similar in plumage colour and pattern, but the female is slightly smaller. Young Eastern Yellow Robins are rufous-brown. The plumage has some paler streaks, which are confined to the wings when the birds are a little older.

Spotted in the Border Ranges National Park amongst rainforest trees.

I only managed to get one good shot unfortunately as they rarely sat still!