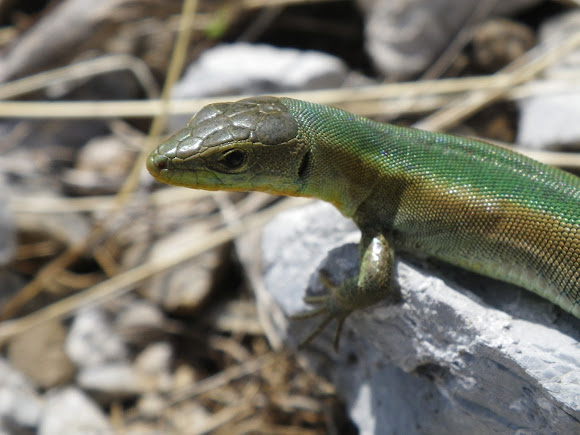 Common size is up to 6.5 cm from the tip of the nose to the cloaca, but are often much lower. Coloring is very variable. The base color is brown or greenish with a pattern of longitudinal dark stripes. In some populations, individuals patterns completely absent, so that individuals are evenly colored brown - green. Belly is white, yellow or orange, usually with no mark or stain. In some populations or individuals present blue spots on the edges of the outer rows of abdominal plate. Based on morphological differences, in Croatia is described about 20 subspecies, most of the islands has its lizard. Often it can be replaced with a lizard (Podarcis sicula), which, although generally slightly higher, similar and also very variable coloration. The hardest thing is to distinguish these two types of lizards on small islands.

Spotted on mountain Velebit, at 1400 m

Thank you very much :D