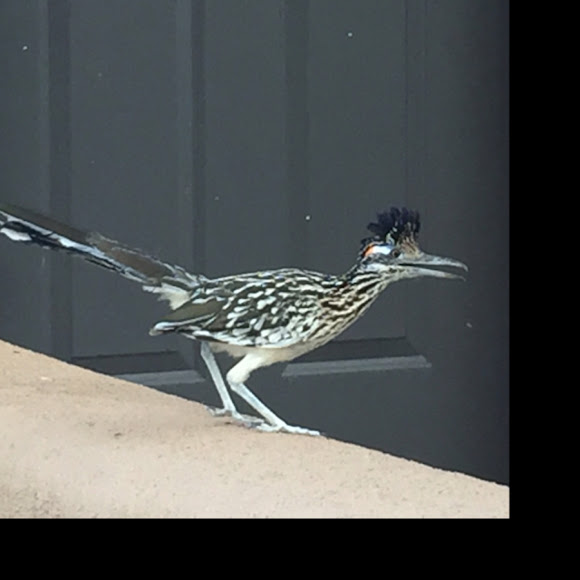 This roadrunner had mostly brown feathers with white speckles. It's tail has some dark iridescent colors and by its eye is a stripe of orange and blue. Its head has a black crest which it appears to be able to raise and lower at will. The roadrunner is capable of running very fast. It seems to prefer running to get around and hopping over obstacles like fences rather than flying like most birds.

This roadrunner was in my backyard and particularly liked looking around from on top of fences. Normally they inhabit desert areas.

The roadrunner is so fast that it can catch not only lizards and mice but rattlesnakes before they bite and hummingbirds out of the air. Roadrunners do not often come into the yard. This one may have been looking for water as it was holding its beak open as though it was hot. I do not know. The roadrunner is the state bird of New Mexico.