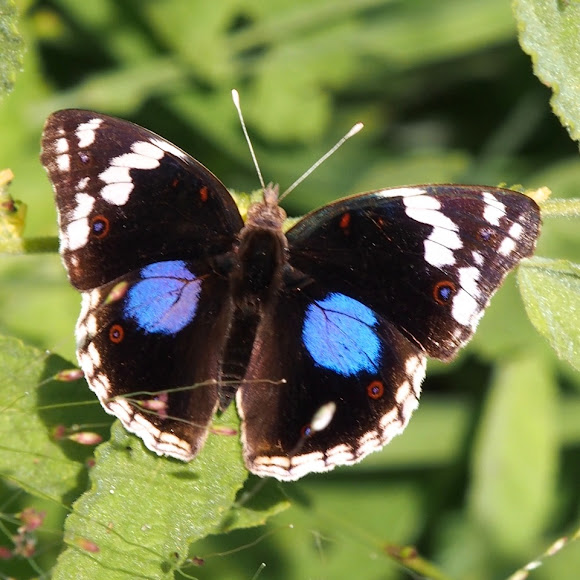 Junonia oenone is Nymphalid butterfly native to Africa. It is known as the Blue Pansy in southern Africa; however, the name Blue Pansy is used in India to describe Junonia orithya, and the name Dark Blue Pansy may be used to distinguish Junonia oenone. It appeared very dark, almost black, when flying.

This little butterfly was see all over the Mlawula Park feeding on the low lying wildflowers. Lovevelt grassland.

thanks Fyn for the fav... The colour on this butterfly was electric blue, the camera couldn't capture it unfortunately! But I loved seeing it. It was a very common sight in the Park.