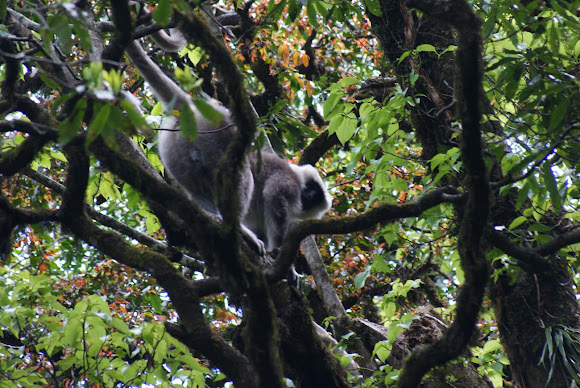 Nepal gray langur is endemic to the Himalayas in Nepal, far southwestern China, northern India, northern Pakistan, Bhutan and possibly Afghanistan. It is found in forests at an altitude of 1,500 to 4,000 metres (4,900 to 13,000 ft). Its easternmost limit in India is Buxa Tiger Reserve in northern West Bengal, at least till the Rydak river. The Nepal gray langur is both terrestrial and arboreal, and has a diet composed of leaves. At 26.5 kilograms (58 lb), the heaviest langur ever recorded was a male Nepal gray langur.