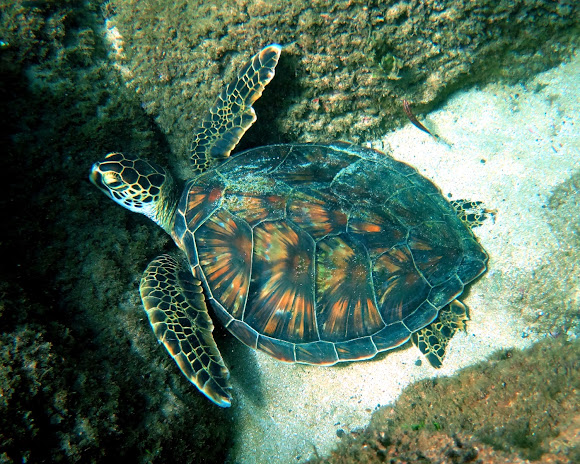 Green Sea Turtle resting on the ocean floor in Waimea Bay on the North Shore of the island of Oahu, Hawaii.

This young turtle caught my eye because of his exceptionally colorful shell.

Right? It just seemed much more clean/colorful than most of the others I have seen around Hawaii. Perhaps it was a younger turtle.

Such a beautiful pattern on the shell.