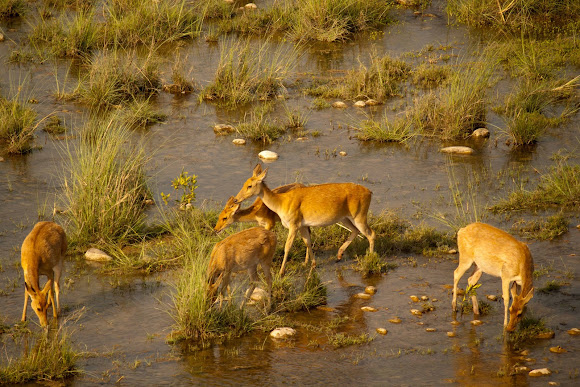 This was a herd of 8 individuals. All of them were either females or youngs. These deer are rather common in Bardiya, Nepal, where one can see as many as 5 species of deer in one day. The others are Sambar Deer, Indian Muntjac, Spotted Deer and Hog Deer.