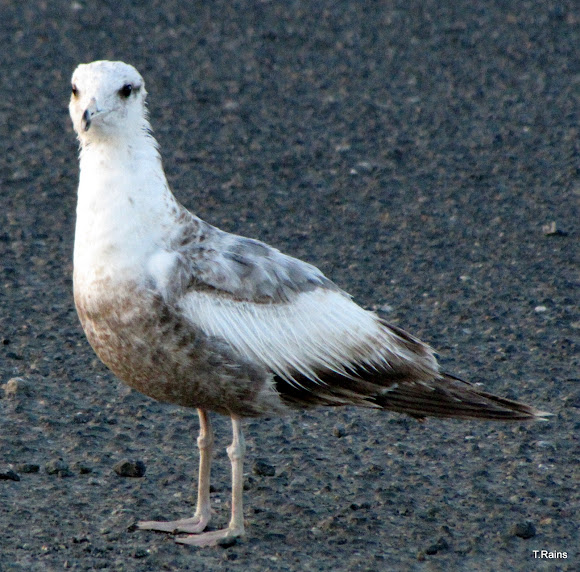 Ring-billed gull is a small, short-billed gull. Faint gray/brown streaks on head. A black band encircling the bill. Non-breeding Ring-billed Gulls are brown and gray with a pink bill and legs through their second year of life.

Shoreline of the bay.

The beauty of this gull caught my eye. It was one of the many gulls that were attracted to the shore by a frenzy of other gulls gathering to eat food scraps shared by evening travelers who had stopped at the bay.