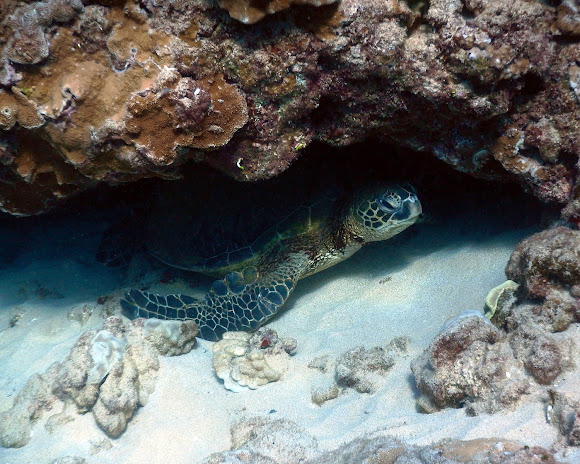 Another sea turtle, but this one is fun. While searching Kahe Point (Electric Beach) day after day looking for sharks, I came across several Green Sea Turtles, or Honu, sleeping in the little outcropping where the sharks "were supposed to be". He is one of the turtles sleeping/resting in a tiny sea cave.