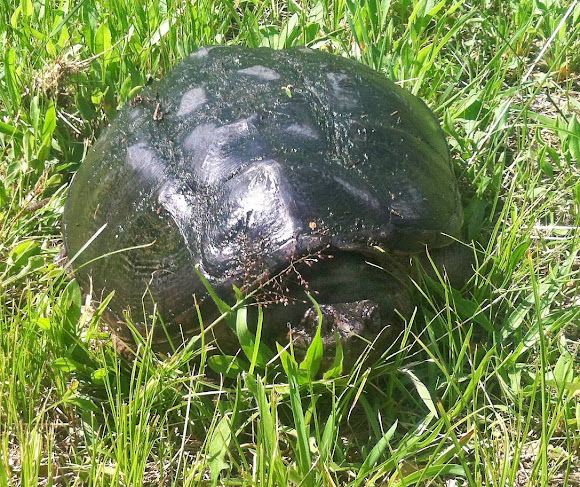 Common habitats are shallow ponds, shallow lakes, or streams. Some may inhabit brackish environments, such as estuaries.

It has been awhile since I've seen one of these at the marsh. At one time, the grassy islands in the middle of the marsh were loaded with them, but I think they were harvested because I saw a large truck about 13 years ago, and I never saw another snapper after that.