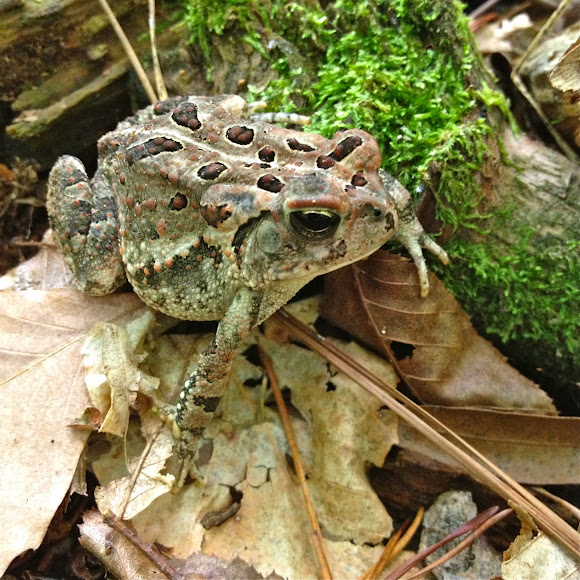 This is a Fowler's toad. They look very similar to American toads, but there's a few things to look for to tell them apart. The easiest for the beginner is to look at how many warts are in each dark spot - Americans will have one or two, but Fowler's will have 3, 4 or more. Another is to look at the belly - Americans usually have markings on their belly, while Fowler's have an unmarked belly and may have a single dark pectoral spot. American toads also have enlarged warts on their back legs, while Fowler's do not. Finally, a more difficult difference to see is in the placement of the parotid glands (those are the big bumps behind the head) in relation to the cranial ridges (ridges on top of the head between and behind the eyes). Fowler's toads have cranial ridges that abut the top of the parotid glands, while Americans are either separate or connected by a short spur. That one is kind of subtle! Anyways, a very pretty and friendly female. It's their mating season right now, by the way.