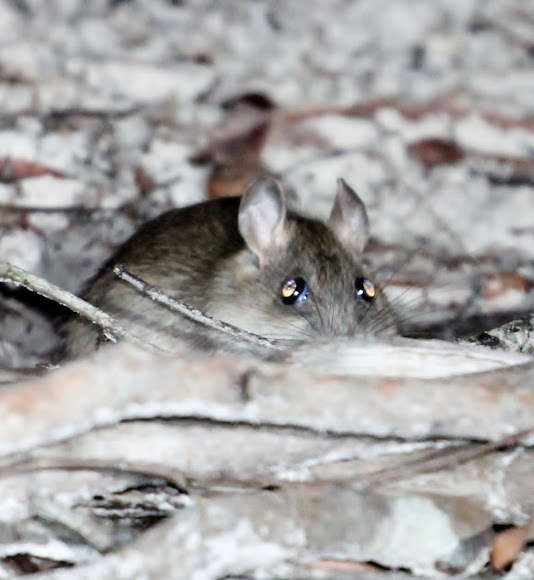 Native Australian rat, approximately 16cm in length (not including tail, which is about the same length as the body). Very bold in the dark, but ran away when we shone our lights on it.

This creature lives at Campsite 4 on the Upper Noosa River in the Great Sandy National Park, and will raid anything that campers leave unattended. On this particular night it chewed a hole in my tea towel after unsuccessfully trying to drag it away. I think this one is a female, going on the second shot.

Ha, not snowing Neil - just overexposure from the flash. ; ) It's not in Maroochydore either, it's well north of there, but that's what it's coming up as on the map.

Has it been snowing in Maroochydore? Looks like it here. Great to see a native rat for a change. A nice little fatty with real 'cute' appeal.