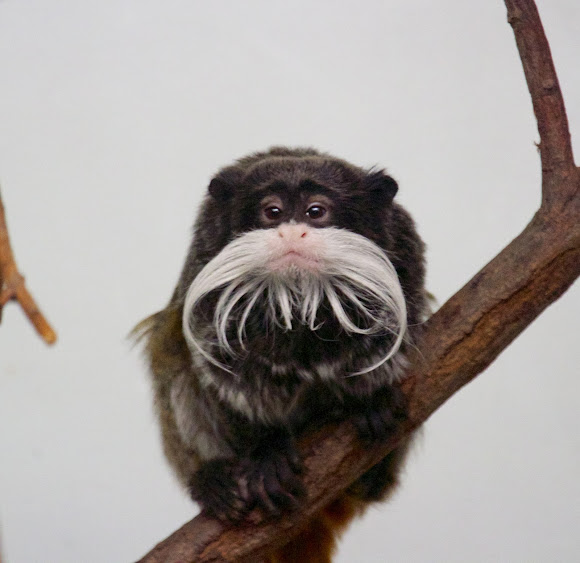 The emperor tamarin, is a species of tamarin allegedly named for its resemblance to the German emperor Wilhelm II. It lives in the southwest Amazon Basin, in east Peru, north Bolivia and in the west Brazilian states of Acre and Amazonas

Cute but at the same time funny!

wonderful spotting Faredin!!!!!! The emperor tamarin is simply adorable and the picture is awsome. Congratulations for being the NG spotting of the week too !! =)

Thanks LadyLilac, Sachin and Mona!

Thanks everyone, yea he is the mustache champion :)

Beautiful tamarin! Looks like he should have one the freestyle beard contest. :)