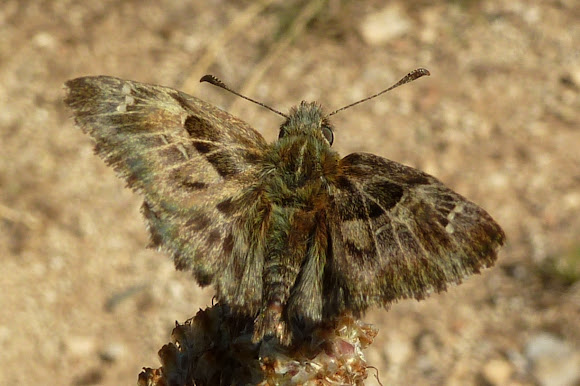 The length of the forewings is 14 - 16 mm. Adults are on wing from May to June or July to September in two generations. On higher altitudes there is only one generation from June to August.

It is found from southern and central Europe, north to central Germany and east to Macedonia and Bulgaria. It is also found in Spain, Portugal, Corsica, Sardinia and uncommonly in northern and western France. It inhabits grassy places including fields, flowery meadows, woodland clearings and alpine pastures at altitudes between about 800 - 2000 m.

Maria, yes it is, I saw it for the first time ;) Tnx Seema, to me it looks like Nike of Samothrace ;)