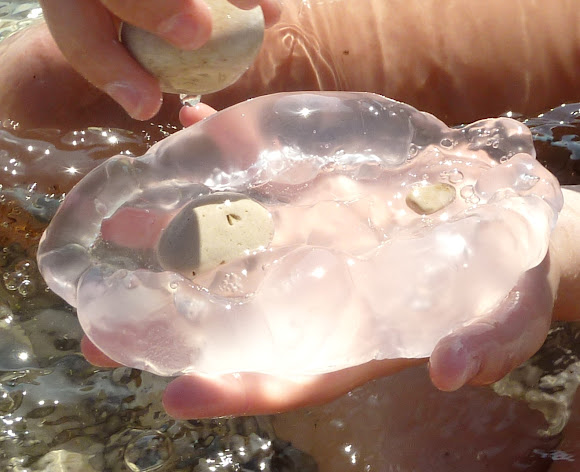 My niece was playing with this jellyfish, there were too many of them floating around. Aurelia is a genus of scyphozoan jellyfish (Cnidaria, Scyphozoa). There are at least 13 species in the genus Aurelia including many that are still not formally described. It has been suggested that Aurelia is the best-studied group of gelatinous zooplankton, with Aurelia aurita the best-studied species in the genus; two other species, Aurelia labiata and Aurelia limbata have also been investigated.

Species of Aurelia can be found in the Atlantic Ocean, the Arctic Ocean and the Pacific Ocean, and are common to the waters off California, Japan, Korea, Australia, New Zealand, the Black Sea, Indonesia, the East Coast of the United States as well as Europe.