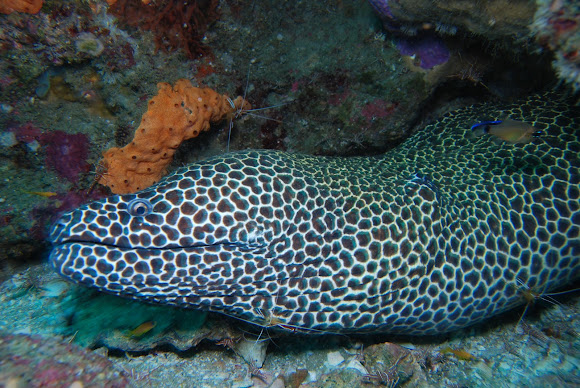 The honeycomb moray or laced moray is also known as the leopard moray or tesselate moray. They can grow up to 3m long and are quite imposing when encountered underwater. Although they have an aggressive demeanor they are actually docile and nonthreatening, unlike some of the smaller species.

They are often found at the cleaning stations on the reef where the cleaner shrimps will be removing parasites.