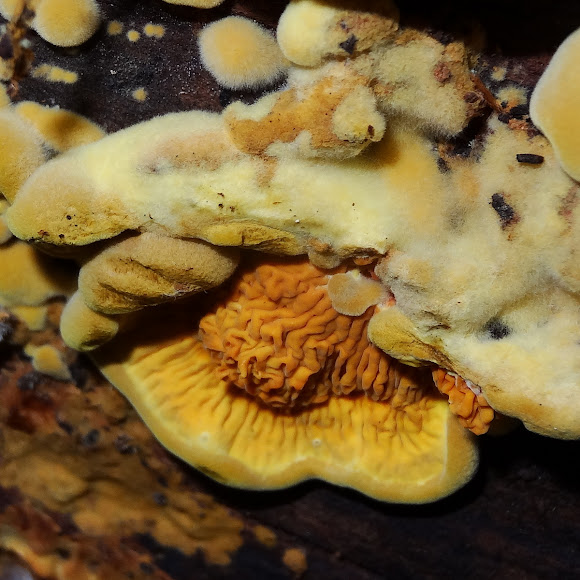 Peeling away the whole bark layer on a large Pinus radiata log revealed a large spread of mycelium and fungal fruiting bodies which all appeared to be interconnected. White mycelia were stretching out across the damp surface. Some of the larger shapes seemed to show signs of gill structures although compressed and folded. Fur attached to those seemed to be soft yellow. The whole spread was about a metre long and the largest bodies about 30mm across.

In a nature reserve adjoining a national park.

Yep this will be a good one to dig for info on. At least there are many forms and phases to compare.

Wow, Mark, that is very creepy. You certainly know how to find the odd ones. Excellent spotting and series.