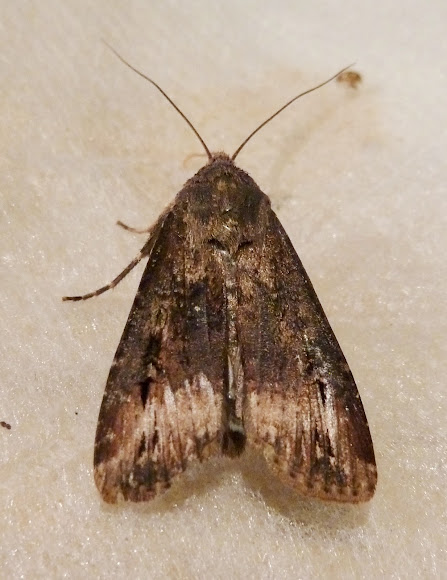 The dark sword-grass has pale brown forewings with dark brown and black markings and translucent hindwings, greyish white with brown venation. The hindwings have a thin dark line along the margins of the hindwings. The moth gets its specific name from black markings on the forewings shaped like a Y and resembling the Greek letter 'ipsilon'. The moth has a wingspan of from four to five and a half centimetres.

The moth is found in many regions of the world. It is absent from some tropical regions and colder areas and is more widespread in the northern than the southern hemisphere. It reinvades temperate areas each year having overwintered in warmer or subtropical regions