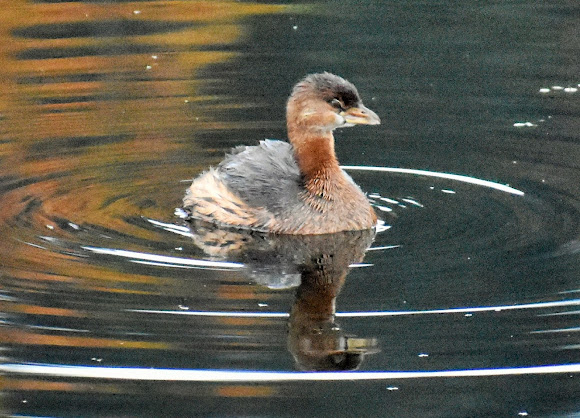 These small water birds are mainly brown, with a darker crown and back. In the summer they have a black band on their bill.

Spotted in a wetland at the Kent ponds.

The grebes are declining in New England. The reasons are unknown. The states of Connecticut and New Hampshire have declared the pied-billed grebe as endangered. In New Jersey and Massachusetts, they have been declared threatened. In Vermont they are of "special concern." In Rhode Island they are locally extinct. Habitat loss is the grebe's biggest threat. The draining, filling, and general destruction of wetlands causes a loss in their breeding habitats.[ However, they are still common in the majority of their distribution areas.