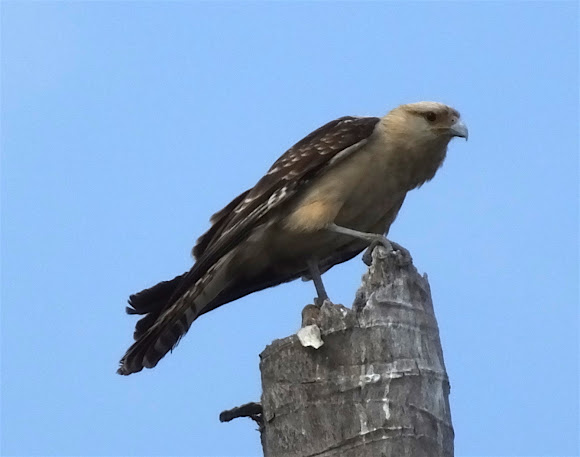 The yellow-headed caracara is 41–46 cm in length and weighs 325 g on average. Like many other birds of prey, the female is larger than the male, weighing 310–360 g against the male's 280–330 g. Apart from the difference in size, there is no significant sexual dimorphism in this species. It is broad-winged and long-tailed, somewhat resembling a small Buteo. The adult has a buff head, with a black streak behind the eye, and buff underparts. The upper plumage is brown with distinctive pale patches on the flight feathers of the wings, and the tail is barred cream and brown. The head and underparts of immature birds have dense brown mottling.

Spotted this bird sitting on a burned out tree on a tiny island in the park.