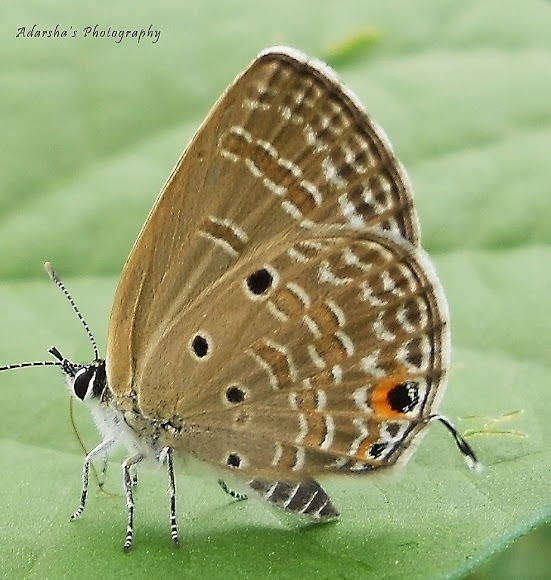 The Plains Cupid (Chilades pandava) is a species of Lycaenid butterfly found in countries such as India and Singapore. They are among the few butterflies that breed on plants of the cycad family.

Caterpillars or the Cycad Blue Butterfly feed on tender shoots of cycads. Restricted by a sprouting season and the small distribution of indigenous Taitung Cycad (Cycas taitungensis), the population and distribution of Cycad Blue used to be very small. In the 1990’s, Taiwan started importing large numbers of alien cycads for horticulture. As a result, food for Cycad Blue’s larvae greatly increased, and the population grew rapidly. The dispersal of these large numbers of Cycad Blue butterflies even began to damage indigenous cycads. Once the number of cycads in an area could no longer support the population of Cycad Blue butterflies, the butterflies began to suffer local extinction. The balance between butterflies and their host plants is the result of long-term evolution. Introduction of foreign plants destroyed the balance, accidentally endangering the survival of all.

Thanks for confirming bherath20 I am not sure about it,,