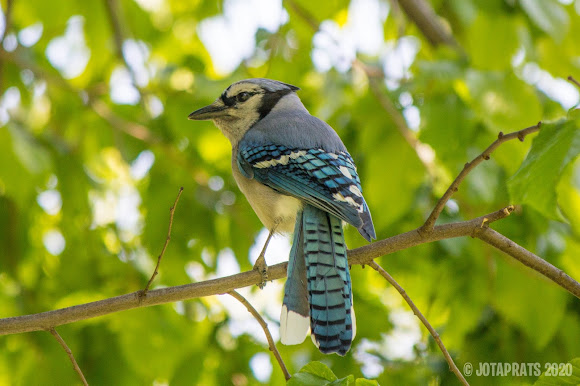 It is predominantly blue with a white chest and underparts, and a blue crest; it has a black, U-shaped collar around its neck and a black border behind the crest.

Spotted at Central park area, New York. The blue jay (Cyanocitta cristata) is a passerine bird in the family Corvidae, native to eastern North America. It resides through most of eastern and central United States, although western populations may be migratory.