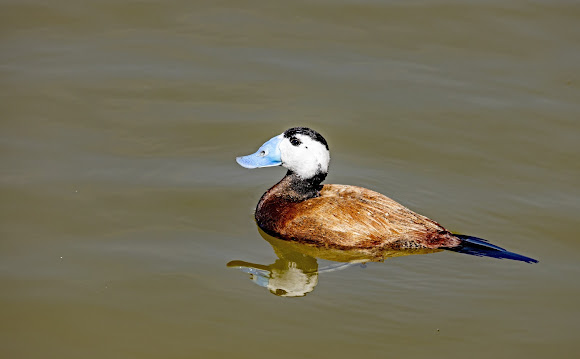 The white-headed duck is a small stiff-tailed duck some 45 cm long. The male has a white head with black crown, a blue bill, and reddish-grey plumage. The female has a dark bill and rather duller colouring.

Its breeding habitat is lakes with open water and dense vegetation at the margin. These were seen on a Reserve in Alicante

In the 1970s, the Spanish population of White-headed duck was brought to the verge of extinction. Its stunning recovery shows why Species Action Plans are essential for the survival of threatened species. Conservation status: Endangered (Population decreasing)