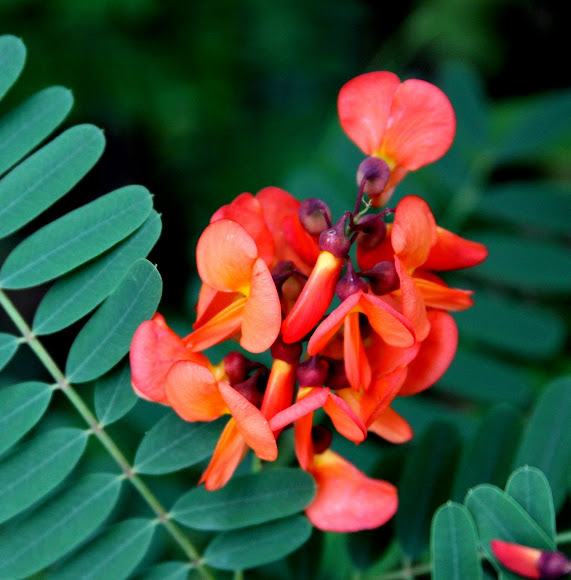 Also called rattlebox and scarlet wisteria. Native to South America, it is one of several "pea-faced" flowering plants considered to be invasive species in the Southeastern U.S. Still, kind of pretty ...

This species is native to Brazil and a few other South American countries such as Argentina, Paraguay and Uruguay. It has spread to parts of Africa, other parts of South America, and many coastal southern United States. Due to its high demand for water this species is often found at marshy shorelines. It also forms dense thickets and thrives in disturbed areas.

Very nice information and super nice colours in the photos!