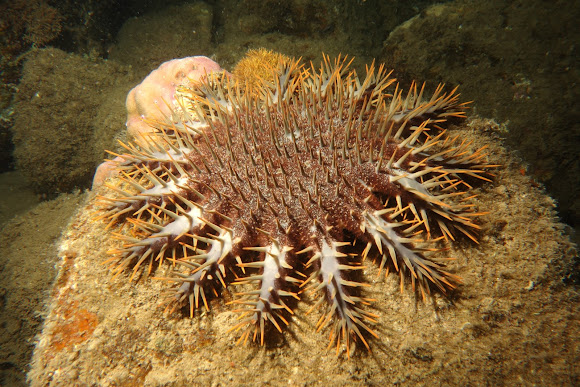 Crown of thorns starfish, is a large, multiple-armed starfish (or seastar) that usually preys upon hard, or stony, coral polyps (Scleractinia). The crown-of-thorns receives its name from venomous thorn-like spines that cover its upper surface or the crown of thorns.

A. planci has a very wide Indo-Pacific distribution. It occurs at tropical and subtropical latitudes from the Red Sea and the east African coast across the Indian Ocean, and across the Pacific Ocean to the west coast of Central America. It occurs where coral reefs or hard coral communities occur in this region.